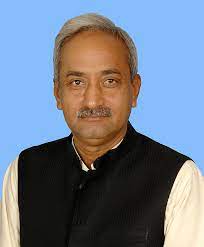 Barrister Syed Ali Zafar is also assigned as Minister for Water Resources on 6th June 2018 during the Government’s caretaker setup.He is an Advocate Supreme Court and High Courts of Pakistan and was the President of Supreme Court Bar Association of Pakistan during 2015-2016. Also, assisted and contributed in drafting of various laws, both at federal and provincial levels.
He is also serving as President of Pakistan chapter of SAARC Law and a vice-president of Human Rights Organization of Pakistan
He has acted as arbitrator in various international arbitrations under the auspices of various bodies including International Chambers of Commerce (ICC) and the London Court of International Arbitration (LCIA). He also regularly lectures as an academic in various law colleges